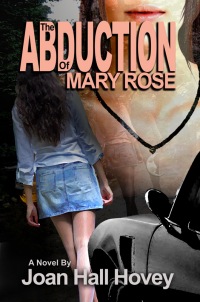 Plus your comment gets you entered to win Joan's Piece of Micmac Jewelry tour giveaway.

***
The Abduction of Mary Rose

A suspense novel interwoven with threads of romance and paranormal.

Imagine discovering everything you believe about yourself to be a lie. And that the truth could stir a killer from his lair.

Following the death of the woman she believed to be her mother, 28-year-old Naomi Waters learns from a malicious aunt that she is not only adopted, but the product of a brutal rape that left her birth mother, Mary Rose Francis, a teenager of Micmac ancestry, in a coma for 8 months.

Dealing with a sense of betrayal and loss, but with new purpose in her life, Naomi vows to track down Mary Rose's attackers and bring them to justice. She places her story in the local paper, asking for information from residents who might remember something of the case that has been cold for nearly three decades.

She is about to lose hope that her efforts will bear fruit, when she gets an anonymous phone call. Naomi has attracted the attention of one who remembers the case well.

But someone else has also read the article in the paper. The man whose DNA she carries. 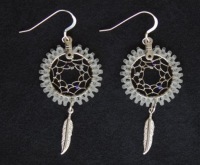 And he has Naomi in his sights.

EXCERPT: THE ABDUCTION OF MARY ROSE

The teenage girl hurried along the darkening street, head down in a vain attempt to divert attention from herself as she headed for her bus stop, still over a block away. The car behind her was a soft growl in the still, warm air.

It was mid-June, only two weeks till school closed. The air was fragrant with the smell of lilacs that grew here and there along the street. She wore a jean skirt and white cotton shirt, and yet she felt as exposed and vulnerable as if she were naked. She was anticipating the freedom of summer and thinking about spending more time with her new friend Lisa, when she became of aware of the car following her. She had been thinking maybe she and Lisa would swim in the pond edged with the tall reeds, near her house where she sometimes fished with her grandfather. She'd let grandfather meet Lisa. She knew he would like her. It would be impossible not to like Lisa, even though her grandfather didn't quite trust white people.

The growl of the motor grew louder, and she heard the window whisper open on the passenger side, close to her. "Where you goin' in such a hurry, sweet thing?"

She didn't turn around, just kept on her way toward the bus stop, one foot in front of the other, as fast as she could go without running. Music thumped loudly from the car radio, pounding its beat into the night. It was not music she would have listened to, not like the music they'd played on Lisa's tape player tonight, and that she and Lisa had danced to in Lisa's room. Lisa had tried to teach her some new steps; it had been so much fun. They danced to songs by Ray Charles, Stevie Wonder, Diana Ross' Mirror, Mirror and a bunch more she couldn't even remember. Lisa had a lot of records.

The music that blasted from the car sounded angry and unpleasant. The car drew up so close to her she could smell the alcohol the men had been drinking, mixed in with the gas fumes.

The car edged even closer to the curb, and the man said something ugly and dirty out the window to her and his words made her face burn, made her feel ashamed as if she had done something wrong though she knew she hadn't. She pretended not to hear, made herself look straight ahead, her eyes riveted on the yellow band around the distant pole that was the bus stop, just up past the graveyard. She kept moving forward, one foot in front of the other, trying not to look scared, and prayed they would go away. Fear made her heart race.

The day was fast fading, the sky a light mauve, only a sprinkling of stars yet. Soon it would be dark. She was always home before dark. Grandfather would be worried. A few more minutes and you'll be at the bus stop, she told herself. Ignore them. But it was impossible to do with the car following so close that the heat from the motor brushed her bare legs, like a monster's breath.

The car crawled along beside her. She moved as far away as she could get, but the pavement was next to none along here and broken. "Hey, sweet thing," the man said. "You trying to get away from us." He laughed.

Despite herself, she turned her head and looked straight into the man's face. He was grinning out at her, showing his square, white teeth, causing her heart to pound even louder than the music. He made her think of the coyotes that sometimes came skulking around grandfather's house at night hunting for small cats and dogs. No. I am wrong. He is not like the coyotes. They are just being coyotes. It is a noble animal. An evil spirit dwells within this beast. One tied with the most fragile of chains. She could feel him straining toward her, teeth bared. She would not have been surprised to see foam coming from his mouth.

Feeling as if a hand were at her throat, she darted a look behind her, praying to see someone, anyone, who might help her, but the street was deserted. She'd left the row of wooden houses behind her a good ten minutes ago and was now at River's End Cemetery. There was no sidewalk at all here, just the dirt path, broken curb on her left and the empty field to her right, leading up into the graveyard. If a car comes along, she thought, I'll just run right out into the middle of the road and flag it down. But none did. She visualized herself safely inside the bus and on her way home to Salmon Cove, to her grandfather's small blue house on the reservation. She would tell him all about Lisa, her new best friend from school. Her grandfather would smile at her, and be pleased for her and call her his little Sisup. She fingered the pendant around her neck that he had made for her, a kind of talisman. To keep evil spirits away. 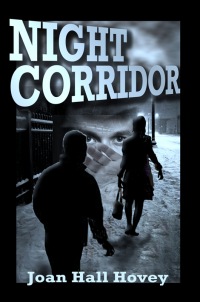 Grandfather didn't always understand the white man's world though, and there would be worry on his weathered face because she was not home yet. But she would make them a pot of tea and they would talk, and he would forget his worry. She was still focused on the bus stop, the utility pole marked by its wide yellow band. With the car so close, the thrum of the motor vibrating through her, the bus stop seemed a mile away. She walked faster, a chill sweeping through her body. She was forced now to walk on the slight incline that led up to the graveyard. Only the ruined curb separated her from her tormentors.

A taxi fled past, but she'd been so intent on getting to the bus stop she'd noticed it too late. It had been going so fast, out of sight already, just pinpoints of taillights in the distance, then nothing.

She gave no answer, swallowed, and kept going. When the man did not speak for several minutes, she became even more frightened by his silence than his talk. The boys at school sometimes called her Indian, and other dumb stuff like pretending to be beating on war drums, or doing a rain dance, and though it hurt her feelings and sometimes even made her cry, this was different. The boys thought they were being funny. Not so with this man. She could feel his contempt, even hatred for her, and something else, something that made her mouth and throat dry and her blood race faster. As she continued to put one foot in front of the other on the worn, rocky path edging the graveyard, she was very careful not to stumble and become like the wounded deer under the hungry eye of the wolf, she kept her eyes on the pole with its yellow band. In the darkening sky, a high white moon floated.

Everything in her wanted to break into a run, but a small voice warned her that it would not be a wise thing to do. Anyway, no way could she outrun a car. Why did the bus stop seem so far away? It was like a bad dream, where no matter how fast you run you don't go anywhere, and whatever is behind you ... draws closer and closer.

The man spoke again. "C'mon, get in, Pocahontas," he said, his tone quiet, chilling her. "We'll have us a little party." He reached a hand out the open window and she shrank from his touch, stumbled, nearly fell, tears blinding her. She heard the driver laugh, a nervous laugh and she knew he was a follower of the other man. There was an exchanged murmur of words she couldn't make out, then, the car angled ever closer to her, wheels scraping the curb, making her jump back.

"Got something for you, sweetheart," the grinning man said. "You'll like it."

More laughter, but only from him now. Adrenaline rushed through her and she started to run, ignoring the warning voice. But it was too late. The car shrieked to a stop and instantly the door flew open and the man burst from the car and grabbed her. She screamed and fought to free herself from the steel arm clamped around her waist, but it was no use. She kicked and clawed at him, but he lifted her off her feet as if she were a rag doll and threw her into the back seat, and scrambled in after her. He shut the door and hit the lock. "Go," he yelled at the driver but the car remained idling. The man looked over his shoulder, started to say something but the man holding her down yelled at him a second time to go, louder, furious, and they took off on squealing tires.

"Please let me out," she begged. "Please…" Her pleas were cut off by a powerful back-hand across the mouth, filling it with the warm, coppery taste of blood. "Gisoolg, help me," she cried out, calling on the spiritual god of her grandfather, and of his grandfather before him. But no answer came.

Up in the graveyard, an owl screeched as it too swooped down on its night prey. And all fell silent.

***Joan will be awarding a piece of Micmac jewelry - silver dreamcatcher earrings (her main character learns she is of Micmac ancestry) to a randomly drawn commenter during the tour (USA ONLY).*** 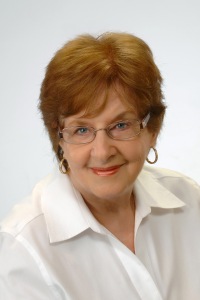 Ms. Hovey has held workshops and given talks at various schools and libraries in her area, including New Brunswick Community College, and taught a course in creative writing at the University of New Brunswick. For a number of years, she has been a tutor with Winghill School, a distance education school in Ottawa for aspiring writers.

She is a member of the Writer's Federation of New Brunswick, past regional Vice-President of Crime Writers of Canada, Mystery Writers of America and Sisters in Crime. http://www.joanhallhovey.com