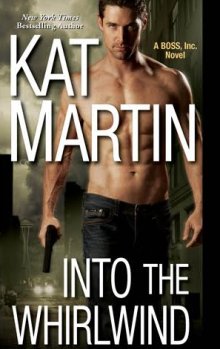 How I Got Published by Kat Martin (Romance Author University)

I’m sure every author has an interesting tale of how he or she got published.  Mine is sort of a merry-go-round story that began when I met my future husband.  He had written a Western called Shadow of the Mast by L.J. Martin.  After we started dating, he asked me to read it.

I ended up loving the novel, which was extremely moving and very romantic.  But Larry couldn’t sell it.  Since I had read a lot of great books and loved Shadow of the Mast, I couldn’t understand why.

After a second reading, I realized there were a number of grammar and spelling errors (no spell-check back then).  Since I was good at those things, I decided to help him polish the novel.

By the time I was finished, I was hooked on the idea of writing a book of my own.  I chose a Western Romance because I had a western background.  My great grandmother came West on a covered wagon.  My grandmother was one of the original rodeo cowgirls.  I was very familiar with the history of that era and so I wrote Magnificent Passage.

It was the beginning of my journey to publication.  With each of us having a book to sell, we did a lot of do-diligence, which included reading the voluminous Literary Marketplace, as well as studying novels on bookstore shelves to see what company might be interested in publishing our works.

At the same time, we were attending conferences, going to writing classes, and trying to find an agent.

At a conference in Fresno, California, we met a woman who had agreed to read sixty pages of any attendee’s manuscript.  We both sent our pages.  The agent took both of us on as clients.

Unfortunately, both our manuscripts were summarily rejected by every publisher in NYC.  Then I caught a break.  A new company looking for romance titles bought Magnificent Passage and made it the lead title for their new line!

It was a great start for me.  During that time, Larry’s manuscript, his second novel, got picked up by Kensington. After all the waiting, we were published six weeks apart, which meant we could travel and promote our books together.

Unfortunately for me, my first publisher closed its doors after two of my books were printed and I was out on the street again.  Again, I was rejected everywhere.

Totally distraught, at the last possible moment, Berkely picked up Captain’s Bride, and again, I was chosen as a lead title.  But the money was not enough to live on so I was forced to move to another company.

Over the years, I’ve worked for nearly all the major houses.  Some were a real pleasure, others not so much.

Currently, I’m writing for Kensington Books.  They’re publishing my contemporary romantic suspense novels, the latest being INTO THE WHILWIND, part of the BOSS Inc. Trilogy.

INTO THE WHIRLWIND is out May 31st, Meg and Dirk Reynolds’s story.  When Megan O’Brien's three-year-old son is kidnapped, the former lingerie model goes to the only man she trusts, private investigator, Dirk Reynolds, her former bodyguard, the man who was still owns her heart.  Desperate for Dirk’s help, Meg is willing to risk everything to save little Charlie.

INTO THE WHIRLWIND is a powerful tale that delves into the murky world of high stakes gambling, international crime, and terrible danger.

I hope you’ll watch for INTO THE WHIRLWIND and that you enjoy Dirk and Meg’s story.  Till then, all best wishes and happy reading, Kat

A bodyguard, a bounty hunter, a private investigator, no one can handle the heat like the men of BOSS, Inc.

Megan O'Brien is at her wit's end. Her three-year-old son has been kidnapped. No police, says the ransom demand. Fearing for her son's life, Meg has no choice but to turn to her former bodyguard, Dirk Reynolds.

Dirk's never forgiven Meg for the way she left him after their brief affair. But with bounty hunter Luke Brodie on his side, Dirk knows he's got to help Meg rescue her son.

The few clues they’ve gathered send them spiraling into a murky world of big banking and international crime. Meg may be way out of her depths, but she’s seeing a side of Dirk she never suspected—one no woman could possibly resist.