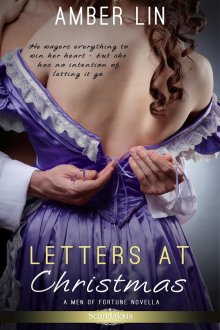 Letters at Christmas
Men of Fortune #1

Three London Seasons. Three Christmases come and gone. Jilted Sidony Harbeck is done waiting for the inconstant Captain Hale Martin to return. Despite their whispered adolescent promises, he never wrote her a single letter. Now the scoundrel has returned, professing his love and a thoughtless bet to woo her, but she only wants him to suffer.

After three years at sea, Hale finally has the means to marry his best friend’s sister and the love of his life. But he only has three days to convince her of his devotion because he stupidly proposes a wager – he’ll convince Sidony to marry him by Christmas or he’ll leave her alone forever.

When Hale sets out to seduce her, the stakes are raised by a passion so intense that Sidony must risk her heart no matter the odds.

Letters At Christmas is the first book
in the Men Of Fortune series.
Pick it up for FREE for a limited time only!

Your absence arrives most strongly at night, conjured by dreams and a gentle sway, with only a cold sweat and a canvas blanket for company.
The more Miss Sidony Harbeck of Harbeck Hall tried to avoid trouble, the more tightly it always seemed to ensnare her.

Sidony had plenty of time to lament this paradox as she sat stranded in the boughs of a frost-brittle tree. Spindly branches snagged on the thin wool of her dress. Her throat felt raw from shouting against the wind. No one came to her rescue.

The servants would be bustling inside, unaware that she was outside at all. Her brother had gone out hunting last night—the excuse he always gave when he visited his lover, a widow the next estate over. Never mind that he always came back freshly starched without having shot anything. At least Poppet was here for company.

The gray cat mewed plaintively from her lap.

“And whose fault is this?” Sidony muttered. “Really, you just decided to go for a stroll. Twenty feet off the ground.”

The thick, rippled windows had distorted her view of the high road and the long drive leading to the hall. So she’d opened them, and while she’d been sitting on the bench, staring out, Poppet must have slipped past her. She might not have noticed, her attention firmly fixed on the horizon, but he’d started crying at the top of his little lungs.

Disconcerted and distracted, Sidony had reached for him. She’d used a branch for leverage and snap—they’d both fallen. Now she was sitting on a sturdier branch, but too far off the ground to jump and too far below the window to climb back inside. It appeared neither she nor Poppet was injured. Her bottom had ached at first, but the cold had quickly numbed her.

Across the sugar-white fields, a smudge of black suddenly appeared. It moved along the familiar road, becoming larger and smudgier.

She scowled in mortification. No. He would not find her like this. She wouldn’t let him. With a surge of determination, she clutched Poppet against her side and scooted closer to the tree trunk. She would jump, that was all. If she broke her leg, well, at least she’d be out of the tree.

She whispered a small prayer under her breath. Poppet chose that moment to dig her claws into her breast. She shrieked and lost her balance. The cat fell. Sidony did too. With a desperate lurch, she tumbled sideways and firmly enmeshed the folds of her skirt into the surrounding branches, clinging to the trunk.

Poppet landed on his feet in the snow below her. He paused and licked his foreleg—as if washing off the human scent. Then he walked demurely around the back of the house, where the cook would probably give him a bowl of warm milk.
Sidony really hated cats.

She tried to straighten, but this new position was even more precarious than the last. Burning cold beneath her legs gave the troubling implication that her skirt had ridden up in the back. Drat it all. She batted branches away from her hair until the neat upsweep drooped heavily to one side. If given the chance, she desperately promised the fickle gods of Fate, she would go inside and never, ever, think of him again.

Except, that would be impossible, as he’d be here any minute.

A rumble from the lane drew her attention. She froze. Time for a new plan. She would remain very still until he’d gone inside. He wouldn’t notice her. Eventually, someone else would find her and help her down. Or she would freeze to death. At this point, she wasn’t picky about the outcome, as long as he didn’t see her like this.

She regretted her choice of festive green dress, which rather stood out from the winter-gray tree and grayer brick behind. Green complimented her fair complexion and hazel eyes, but this fact only made her feel worse, as if she’d been trying to impress him. She also regretted her entirely coincidental perch by her bedchamber window, as if she’d been waiting for him. Which she certainly hadn’t been doing. Never, never, never again.

Voices murmured from around the house, along with all the stomach-clenching sounds of a carriage stopping and a passenger disembarking. The soft crunch of snow grew louder. She studiously trained her gaze on the white horizon.

She chose not to look down. It seemed safer that way. “Good afternoon.”

A telling pause. “Why are you in a tree?”

“Fresh air is an important component of physical fitness and mental stability.” Or so the ladies’ magazine had reported. “You may go inside now.”
“I would very much like to go inside. It’s been a long journey. And yet, I find myself reluctant to leave you here. In this tree. Can you come down?”

“Of course I can come down. I would have to be very stupid to climb a tree that I couldn’t climb down from.”

“Yes, precisely.” Another pause. “Though it occurs to me that you might not have climbed up. Your window is open.”

“How do you know that’s my window?”

She flushed as her question brought to mind the nights he had been in her room.

“How about this?” he asked reasonably. “In the interest of my mental stability, I’ll help you down. Then if you want to climb the tree again, I won’t stop you.”

Fine, she reluctantly conceded. Better than freezing to death. Marginally. She held out her hand, wishing she’d thought to wear gloves. He was wearing them, of course, and the leather was cool and soft against her trembling fingers. She’d intended to go slowly and carefully, but as soon as he grasped her hand, he pulled. A slight tearing sound came from her dress, and then she was suspended in his arms, clinging to his neck.

She suddenly had more sympathy for Poppet’s predicament; claws would be useful about now.

“Are you all right?” he asked.

Her dress was ripped. Her hair undone. Her pride beaten and shriveled. “Perfectly well, thank you.”

“Of course you are. Sidony Harbeck always lands on her feet.”

She reminded herself it was a compliment. Hale had always liked cats.

As she looked up at him, the brilliance of his smile stopped her cold. It was a nice, handsome smile, but that wasn’t the danger. Those dimples that she had always thought of as adorable had deepened, and were now tanned…and dashing. Debonair, even. When had that happened?

He nestled her comfortably in his arms, with her head tucked beneath his chin, thankfully relieving her of the sight. Instead, she looked at Harbeck Hall, the family estate, through new eyes as they approached. What did Hale think of the new slate turrets? No doubt they looked pedestrian to a man as well travelled. The entire moors must appear plain compared to exotic lagoons or snow-capped mountains. 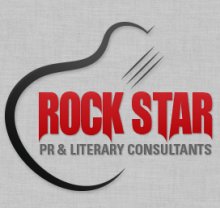 Her debut novel, Giving It Up, received The Romance Review’s Top Pick, Night Owl Top Pick, and 5 Blue Ribbons from Romance Junkies. RT Book Reviews gave it 4.5 stars, calling it “truly extraordinary.” She has been published by Loose Id, Carina Press, and Entangled.

Amber married her high school sweetheart, birthed a kid who’s smarter than she is, and spends her nights writing down her dirty thoughts. In other words, life is good.