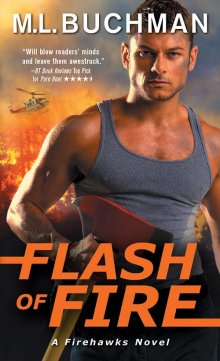 M.L. Buchman On What Put Him on the Path to Becoming an Author + Giveaway

Once upon a time there was a writer. He didn’t know it yet, but it was true, he was.

He sat on an airplane thoroughly convinced that he was the only person on the plane who spoke English. This wouldn’t have been a problem on a lesser plane, but on a DC-10-30 with 380 other passengers, it was a tad disconcerting. Japanese, Korean, and Mandarin swirled up and down the aisles. Announcements over the cabin PA placed English as a belated fifth—it seems there was Cantonese going on as well. When it would be time to land, they’d hit the runway before the English-language announcement to prepare was even started.

The writer who didn’t know he was a writer, decided to pull out his battered journal. It had already chronicled his journey by bicycle from Seattle to San Diego, three months in Japan, and a transit through Korea. Singapore now awaited his and his bicycle’s arrival. It wasn’t because he wanted to go to Singapore. It was because he needed a visa to get into Australia and hadn’t known that until it was too late to get one elsewhere.

Twenty-four hours, he noted in his journal. One day in an unexpected country to get a visa from an embassy I don’t even know where is in a city I’ve never been to. It’s like waking up in an unexpected place.

Andy used to wake up…

Andy had been his freshman roommate in college. He had a habit of killing alarm clocks as he awoke—slapping them hard so that they flew into walls and shattered into tiny little bits.

The writer wrote a little vignette about those flying clocks to cover his nerves. And the little vignette took a twist. His account of his non-fictitious roommate turned into a discussion with St. Peter about the problem of alarm clocks and what was up with the Software That Ran the Universe anyway?

In perplexity, the writer stared at what he’d written. It covered three pages of his journal. It was filled with stars and arrows, and backloops with inserted paragraphs. It was impossible to read coherently, but it looked an awful lot like a story. A thing as foreign to the writer as the other 379 passengers aboard the plane.

By this time the writer’s hand was badly cramped. It had always been that way, cramping within a single sheet of illegible handwriting (a legacy of Ds for penmanship still haunted him from third grade). Was it any wonder that once he’d discovered typewriters at twelve and computers at fourteen that he never looked back. His college lab reports had been typed and his thesis a computer program for calculating subsurface rock structures using gravitational geophysics.

In the foreign land of Singapore he obtained a visa to Australia and a palm-sized computer on which he wrote his first novel.

He skipped the stars and arrows, but backlooped and inserted, changing words, sentences, even whole chapters as he went. The only time his hand cramped was writing in his journal each night.

He wrote in his tent in the middle of the Australian Outback. He wrote on a dive boat on the Great Barrier Reef. He tapped away on the little keyboard in an Indonesian thatched hut, the courtyard of a former Indian Maharajah, and even in the great amphitheater at the foot of the Greek Acropolis—the Theater of Dionysus.

The writer wrote until he discovered a passion for story that he would never leave behind.

In later years he wrote in a beautifully appointed home office and the front seat of a car he came uncomfortably close to living in.

Today, forty novels later, he has only one rule for his writing, for he has learned that there is only one thing he needs to have in order to write…

Please don’t take away my keyboard.

You must complete the SHIPPING ADDRESS entry and the CONTEST NEWSLETTER Sign-up Entry for entry to this contest.

M. L. Buchman has over 40 novels and an ever-expanding flock of short stories in print. In addition to romantic suspense, he also writes contemporaries, thrillers, and fantasy and science fiction.

In among his career as a corporate project manager he has: rebuilt and single-handed a fifty-foot sailboat, both flown and jumped out of airplanes, designed and built two houses, and bicycled solo around the world.

He is now a full-time writer, living on the Oregon Coast with his beloved wife. He is constantly amazed at what you can do with a degree in Geophysics. You may keep up with his writing and receive free and exclusive content by signing up for his newsletter at:
www.mlbuchman.com