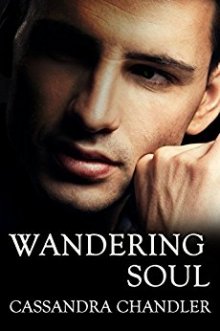 Today we have something pretty special to share. Cassandra Chandler has presented you with a Christmas story titled Father Phantom. You can get the book that started this series at the end of the post.

Elsa held Alexis snug against her chest as she walked along the dark hall. Her daughter’s warmth flowed into her, fighting off the worst of Elsa’s holiday doldrums.

‘My baby’s first Christmas, and I have no idea how to celebrate it,’ she thought.

It wasn’t that Elsa had never celebrated Christmas before, but her childhood encounters with the stressful holiday season didn’t hold any traditions that she wanted to continue with her daughter—or anyone else, for that matter.

Dante hadn’t mentioned anything about the holiday. She wondered what Christmas had been like for him, growing up in the 1800s. For the first time in months, she felt a bit of an urge to use her ability to travel back in time and find out.

She knew she couldn’t visit any more moments from his life—not since using her abilities to pull him forward through time, saving him from the fire that would have killed him. But she could at least see how other families celebrated.

The clock had only just ticked over past midnight. Maybe it wasn’t too late to surprise him with something reminiscent of the holiday in his past. Then again, before she’d rescued him, he’d been living a life of seclusion thanks to his scars and the iconic mask he used to cover them.

‘The Phantom of the Opera,’ Elsa thought. ‘The father of my child.’

Alexis chose that moment to tug on a strand of Elsa’s hair. Elsa laughed and hugged her closer. There would be no time traveling in Elsa’s immediate future. Her attention was needed in the here-and-now.

“You won’t even remember this Christmas,” Elsa whispered against the soft wisps of Alexis’s dark hair. “Next year will be better.”

Winston would be thrilled to know Elsa was planning to celebrate. He’d been after her to do something this time of year ever since she’d hired him—even before he’d become part of her ad hoc family. Now, he was stuck in London due to a freak snowstorm. It would be their first Christmas apart in years.

Alexis started to fuss, as if she could sense how much Elsa missed him. She turned her focus to her daughter, gently rocking Alexis in hopes that she’d doze off.

“It’s okay. Winston will be back before we know it.”

In her absent-minded wandering through her house, Elsa had ended up in the foyer. A gentle ringing trailed down to her from upstairs. She stopped at the foot of the staircase, slowly turning to look at the darkened hallway.

They’d converted the movie room into what Winston called a “field nursery” so that they could all easily run back and forth from the kitchen to Alexis. Elsa and Dante had set up a small bed for them to use when they actually had a chance to sleep. She couldn’t remember the last time she’d actually ventured upstairs to her and Dante’s room.

The ringing sounded again. Dante had said he was going to try to get in a good nap upstairs before taking over for the rest of the night. What was he up to?

She carefully made her way upstairs, making soft shushing noises as Alexis burbled. The door to their bedroom was open and the bedside light was on. Not only was the bed empty, it was still made.

Elsa continued to the door to the room where Dante had stayed when he’d first arrived. The ringing was definitely coming from within Dante’s old room. Elsa approached the door and nudged it with her foot. She gasped as it swung open.

Colored lights curled along the four-poster bed and hung along the bookshelves and over the mantelpiece—which was decorated with branches of evergreen. Silver snowflakes dangled from an intricate series of strings that lined the ceiling, along with a gorgeous cutout of Santa’s sleigh and his reindeer painted in a Victorian style.

A fire raged in the hearth, even though they hadn’t had what passed for a cold snap in Florida yet. Nutcracker dolls were arranged along with rodent plushies on his old desk. Stacks of Christmas books sat on the bedside table. There were presents under the tree—already wrapped, and festooned with beautiful ribbons and bows.

And there was a tree. A real Christmas tree.

Elsa could smell the pine sap all the way from the door. It was huge, almost brushing the high ceiling of the twelve-foot tall room. Instead of colored lights, it was covered with decorations, tiny presents, and strings of popcorn and cranberries.

Their cat, Leonardo, was happily batting at one of the low-hanging ornaments—a bell that tinkled as he swatted it. Elsa stepped into the room, feeling as though she was entering another world.

“Leo, that is not for your amusement.” Dante stepped out of the bathroom, bending to shoo Leo away.

He was wearing a Santa suit that fitted his lean frame, the soft-looking fabric making her fingers curl with the urge to touch him. They’d been too busy for far too long.

He turned toward her and let out a startled sound. “Elsa. I thought you were downstairs.”

She smiled as she took in the rest of his costume. The Santa hat, of course, but the mask… That was purely him.

It covered the right half of his face—where his scars had once been. Though it was the same eggshell white as the mask he’d worn back in the 1800s, he’d painted this one with a beautiful design of green ivy and holly with clusters of red berries.

“Ah. Well…” His voice trailed off as he approached, his lips curved into a gentle smile. He leaned in to kiss Alexis’s head, and then Elsa’s cheek.

“You’ve been quite preoccupied of late,” he said. “Knowing what I do of your early years, I can only guess that this season is not one that is filled with happy memories for you. I thought perhaps that we could begin to make new ones.”

He beamed at her.

“When did you have time?” she asked. “I mean, have you slept at all in the past few days?”

“I found this activity to be quite as energizing as sleep.” He ran his hand over Alexis’s head, and said, “Besides, it is our first Christmas together as a family.”

Elsa nodded and laughed, though her eyes filled with tears, blurring her view of the beautiful room. Dante wrapped his arms around her, pulling them both close to his heart.

Elsa pulled back to look up at him. “What could possibly make this night any better?”

It seemed impossible, but his smile broadened. As if on cue, she heard the front door open. Whoever had arrived had a key. Her friends were all busy with their own holidays. But that only left…

Dante took Alexis, who immediately let out a squeal and smacked her hands on the cool porcelain of his Christmas-themed mask, grabbing at it as if she was trying to pull off the colorful designs. Elsa ran to the hallway, her heart feeling lighter than it had ever been before.

Standing in the foyer, setting down his suitcase and large coat, was a gentleman with bright white hair and a neatly trimmed beard and mustache to match. He perked up when she reached the top of the staircase, cocking his head to the side as he no doubt listened to her approach.

“Well then,” he said. “By that racket you’ve made, I’m guessing my little love is awake and ready to give me a Christmas Eve hug?”

“Winston!” Elsa ran down the stairs and threw her arms around him.

He laughed, and said, “Well, I guess I’ll start with a hug from my all-grown-up love.”

“How did you get here?” Elsa said. “I thought you were snowed in.”

“Used up a few favors, I did.” His accent had thickened after his trip home. “No way was I missing this.”

They walked up the stairs together and back into the room that Dante had converted into a Christmas paradise.

“Welcome home.” Dante laughed as he approached, then handed the baby to Winston. As soon as Alexis saw who held her, she let out a shriek of delight.

Elsa covered her mouth to stifle the sound that was trying to bubble up from her chest. She wasn’t sure if it would come out as a laugh or a sob, and she didn’t want anything to disturb this perfect moment.

Dante turned to her, and at first looked distressed, but then he smiled. He crossed the room, gently taking her into his arms.

“I can’t believe you did all this for me,” she said.

“Not entirely for you,” he murmured. “Christmas is my favorite holiday. I’ve rather enjoyed playing Father Phantom.”

“I suppose many people of the twenty-first century haven’t heard of Father Christmas.”

“I have.” Elsa ran her fingertips over his mask. “You’ve put your own spin on it.”

“I know it must seem odd, but I was feeling a bit nostalgic.” His smile turned to an impish grin. “I rather wish the idea had occurred to me when I still needed the masks. It would have been great sport creating new designs for each season.”

“Well, feel free to do this for any holiday you’d like.”

“I will hold you to that. But for now, there’s mulled cider to drink, presents to open, and undoubtedly a treasure trove of stories to hear from our friend.”

Elsa nodded, leaning against Dante and squeezing him tight. Even if Alexis wouldn’t remember this night, Elsa would for the rest of her life. And she knew in her heart it was only the first of many, many happy Christmases to come.

A woman with a secret…

Elsa Sinclair is known for the realism in her historical novels. What people don’t know is that she travels back in time to research them. When she stumbles across the man behind the legend of the Phantom of the Opera, she finds she can’t leave him to his fate.

A man out of time…

Dante Lucerne is shocked to find himself pulled from certain death and carried to another time and continent. The new world is full of wonders, not the least of which is the woman who saved him.

As their love blossoms, specters from the past arise to keep them apart. And if Dante can’t help Elsa let go of her secrets, more than their love may be lost.

This is the second edition of the same novel originally released in July of 2015.

Cassandra Chandler has been obsessed with stories for as long as she can remember. A prolific writer, she has several Paranormal and Scifi Romance series that feature aliens, psychics, werewolves, and vampires—sometimes all in the same book. When she's not writing super-sexy love stories, you can find her knitting, chatting with readers, or making weird puppets. She’s active on Twitter (@CassChandler) and Facebook (CassChandlerAuthor) and has an awesome newsletter (http://eepurl.com/boZm9j).