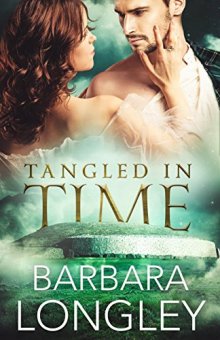 Why Write Fantasy You Ask? by Barbara Longley

Why write fantasy you ask? Well, for one thing, the fantasy genre allows me to “make stuff up” without fear of critiques claiming I got it all wrong. Right? While writing fantasy, I am the queen of whatever world I create, and who can question the queen? Huge amount of pressure . . . gone.

All of my fantasy romances have their origins in the Celtic culture, history and mythology. I personally find Celtic myths and legends fascinating and extremely romantic. I have entire shelves devoted to reference books on the subject, including books about druidism and magic. For whatever reason—Could it be the 26% Irish DNA I inherited?—I am far more drawn to the Celtic culture, myths and legends than I’ve ever been to those of other cultures, including Greek and Roman. When the seed for a new fantasy story comes to me, even if I try to steer it in another direction, the characters always bring me back to the Celtic branch of my ancestral roots.

TANGLED IN TIME was a joy to write, even though it took four years to percolate through the concept stage to the actual storytelling phase. Part of that joy was due to research, the very best kind of research. I’ve been to Ireland and Scotland twice, but to research settings and history for this story, I spent fourteen days touring Ireland, studying a lot of ancient sites I wished to incorporate into Regan and Fáelán’s magical tale. Every place mentioned in the book, Newgrange, Staigue Fort, the Ring of Kerry, Howth, the National Museum of Ireland – Archaeology, the Hill of Tara . . . you can be sure I’ve daydreamed there, touched the stones, walked upon the trails once tread by ancients, and of course, taken copious photos. Ireland is a beautiful country, saturated in faerie lore and magic. The locals are welcoming and friendly, and the vistas are divine. I’d highly recommend a visit, and I look forward to another visit myself. I certainly hope you enjoy reading TANGLED IN TIME as much as I enjoyed researching, developing and writing Regan and Fáelán’s adventurous, perilous romantic tale, and their ultimate happily-ever-after.

To set him free from an ancient curse, she must travel to a time of myth and legend…

Regan MacCarthy’s ability to see ghosts is a gift inherited from her Irish ancestors, but it’s one she’d dearly like to give back. In an attempt to return her powers to their source, she travels to Ireland to harness the ancient magic that still permeates the mystical site of Newgrange. Instead, something far more unexpected awaits her: a strapping, gorgeous stranger who insists he’s a centuries-old Celtic warrior.

Fáelán was one of Fionn MacCumhaill’s elite soldiers before being cursed by a resentful fae princess. The only way to free himself is to fall so deeply in love that he’d sacrifice his life. Not an easy matter when he’s invisible to most. Yet Regan sees him—not just the proud, handsome warrior on the surface, but the complex man beneath. Only when it’s too late does Fáelán realize that drawing this beautiful mortal into his world has endangered them both, and may destroy the happiness he’s waited an eternity to claim…

As a child, Barbara Longley moved frequently, learning early on how to entertain herself with stories. Adulthood didn’t tame her peripatetic ways: she has lived on an Appalachian commune, taught on an Indian reservation, and traveled the country from coast to coast. After having children of her own, she decided to try staying put, choosing Minnesota as her home. By day, she puts her master’s degree in special education to use teaching elementary school. By night, she explores all things mythical, paranormal, and newsworthy, channeling what she learns into her writing.