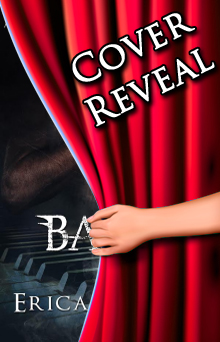 I’m supposed to be better than this. I'm supposed to have a tenure-track job teaching music history to undergrads, writing papers about Bach, and proving to kids like me that you can work your way out of Harlem. I'm not supposed to be following a rock star around the country, fetching his mail, making sure his groupies are of age.

I'm definitely not supposed to be sleeping with said rock star, who claims to be the Greek God Dionysus. At first I thought it was a load of crap. Nik's fans might think his music captures their hearts—and souls—but I knew better. Until one of Nik's orgiastic concerts gets out of hand and I don’t know which is worse: that he might be a god after all, or that he has a body count.

Nik doesn’t care what I want or what I should be. He wants to tear down the world I've built, warping all I am, until his music is all that's left of me. I can't let him do that. I shouldn't believe in him. I've seen what happens to the people who believe in him.

But I can't get his song out of my head.

Erica Kudisch lives, writes, sings, and often trips over things in New York City. When not in pursuit of about five different creative vocations, none of which pay her nearly enough, you can usually find her pontificating about dead gay video games, shopping for thigh-high socks, and making her beleaguered characters wait forty thousand words before they get in the sack.

She also has issues with authority. And curses too fucking much.