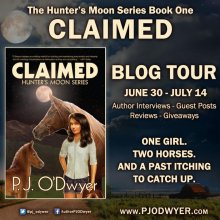 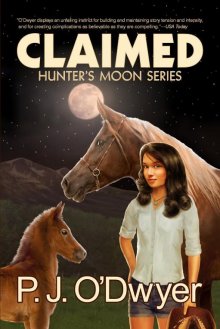 “O’Dwyer displays an unfailing instinct for building and maintaining story tension and intensity, and for creating complications as believable as they are compelling.”
—USA Today

Fourteen-year-old, Colorado juvenile delinquent Mackenzie Lynn Stonebreaker doesn’t do horses. But the volunteer gig at Hunter’s Moon Ranch has its perks. With cold, hard cash she lifts from its boarding fund, Mac’s poised for escape to search for her birth mom when an Arabian mare named Bella is viciously struck by a shotgun blast. Alive and talking—well, telepathically only to Mac—the horse begs for her help.

Talking to horses totally freaks Mac out. But leaving Bella and her colt Raider isn’t an option. Ditching her plans for now, Mac becomes a modern-day Dr. Doolittle, looking for justice. Only Mac tends to act first and ask questions later. When her protective instinct for the horses gets in the way of her good sense, Mac finds herself, once again, on the other side of the law.

Dodging a return trip to juvie, thanks to the ranch owner’s partner Dr. Rachel Hunter, Mac is now in the pediatrician’s custody and living a life she could only dream. With newfound friendships, the gift of gab with two quirky horses, her first kiss, and a chance at that family she’s always wanted, she can’t quite let go of one thing.

Abandoned and unloved by her mother, Mac wants to know why. But sleuthing for answers puts Mac on a collision course with the past—one that will shatter everything she believes in about herself and those she’s come to love and trust at Hunter’s Moon.

Mac just may find that what she’s been looking for her whole life is the exact opposite of what she will get.

Mac jerked. A light-colored, four-door pickup pulled up alongside them with the lights off—probably why they hadn’t seen them—with two teenage boys inside. Considering Mac and Caroline were dirty, bleeding, and had tree bark and leaves sticking out of their hair, these dudes were either blind, stupid, high, or drunk. The last two possibilities had Mac yanking Caroline’s sleeve and maneuvering them closer to the trees.

“Where you headed?” the one boy said, hanging out the passenger window.

Mac glanced at Caroline and shook her head a definite no. Ignoring them, Mac and Caroline kept walking. Panic rose incrementally in Mac’s chest the longer they rode ever so slowly next to them.

And they were smart, too.

Mac snuck a peek at them. The one hanging out the window had short-cropped blond hair and a nice smile. The other boy, driving, was left in shadow, but she couldn’t miss the Stetson.

Yippee-kai-yay. We’ve got ourselves a cowboy.

“Mac,” Caroline whispered. “We should take the ride.”

Mac set her kickstand, moving away from her bike and the truck. She motioned to Caroline to follow her. A well-shaped brow rose over a curious sapphire eye, and Caroline remained stubbornly rooted with her bike.

Mac waved an impatient hand. “Can I see you for a minute?”

Caroline nervously glanced over her shoulder at the two in the truck, parked her bike, and walked over. “What?”

Mac’s eyes darted from Caroline to the truck and back to the shoulder where they stood, looking for a weapon. She snagged a short, pointy stick she could use as a shank. “I’m not looking to be cut up into bite-size pieces.”

“Shh.” The heat rose in Mac’s cheeks. Maybe she was being dramatic. But they didn’t know them. Or—and this was a biggie—trust them.

Mac grabbed Caroline, yanking her closer, and whispered, “What if they tell?”

“You girls change your mind?” the blond called out.

Mac put up her hand. “Give us a second.”

“Take all the time you need, beautiful.”

Mac gave Caroline a hard look. “Fine. Get us close to Miss Rachel’s.” She glanced over Caroline’s shoulder, gave a brief smile to the blond guy, and then engaged Caroline again. “But they try something funny—” She eyed her hand with the shank and shoved it in her front sweatshirt pocket. “And I’ll shish kebob them.”

With their bikes, they walked over to the pickup, now parked. “Can you take us to County Road 103?” Caroline said to the one in the passenger seat.

“You bet.” He popped open the door and got out wearing The Band Perry T-shirt, jeans, and sneakers. “Name’s Troy Presland.” The driver’s door opened. “This is my buddy Cade Raiford.”

Mac grabbed Caroline’s arm, hard. “Why would you give them our real names?” she said under her breath.

Yeah, well, she assumed they gave them their real names. Mac shook her head. This wasn’t good.

Cade came around the back of the truck. Dark hair beneath a Stetson, longer than Troy’s, a white T-shirt, jeans, and cowboy boots. “Hey.”

And a real conversationalist.

Mac eyed Cade. “The bikes have to come with.”

He took Mac’s bike and hefted it into the back.

Troy took Caroline’s and did the same. “You want to ride in the back with me?”

Caroline looked to Mac. For a girl who had all the answers, she was awfully quiet now. The boys, although taller than them, could only be a few years older. Maybe they were close to seventeen—maybe as young as sixteen. If anyone should be concerned, it should be them. After all, she and Caroline were the juvenile delinquents. 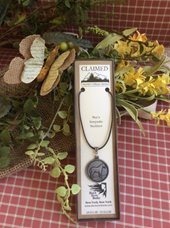 P. J. O’Dwyer is an award-winning author of young adult and romantic suspense. She’s an active member of Romance Writers of America. When asked where she gets her story ideas, she laughs ruefully and says, “It helps being married to a cop.” She lives in Maryland with her family.