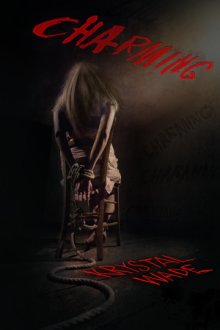 Excerpt: EXCLUSIVE First Look at CHARMING by Krystal Wade - Letter From the Author

A note to readers from author Krystal Wade...

When Haley and Dad are alone, his behavior changes, as shown in this segment. There's no getting around how trapped she is. As a parent, I can't imagine ever making my child feel this way, ever burdening her with this pain. As a parent, I can't imagine feeling so low to have to belittle my children to feel better about myself. But this does exist, and children all over the world are victims. If you know of a child, or suspect a parent abusing their child, please reach out: https://www.childwelfare.gov/responding/how.cfm

They say what doesn’t kill you makes you stronger, and that's great . . . as long as you don't die.

Sixteen-year-old Haley Tremaine had it all: top-notch school, fantastic family, and a bright future. All of that changed when an accident tore her family apart. Now, an alcoholic father, a bitter younger sister, and a cold headstone bearing her mother’s name are all she has left.

Chris Charming has it all: a powerful CEO for a father, a prestigious school, and a fortune at his fingertips. But none of that matters when he lands a reputation as a troublemaker. Struggling to follow in his father’s footsteps, he reaches out to the one person he believes truly sees him, the one person he wants: Haley.

Little do they know someone's determined to bring the two together, even if it means murder.

Haley could have sat outside the remainder of the night, wishing for something, wishing for help with Joce, with Dad, anything. But homework waits for no man—or woman—and Haley had plenty of work to intentionally screw up. With a begrudging sigh, she returned inside and spread the papers on the plastic-covered kitchen table, then took a seat.

Before she could decide whether or not doing this homework even mattered, Dad cleared his throat, indication number one of his annoyance. Ice spread from Haley’s heart and raced into her fingers, into her toes.

He’d only ever hit her hard a few times, but once was enough. Each time brought Haley back to the accident, to the night he hit Mom and she reacted by dragging Haley out of the house, into the car to escape. But, apparently, escape wasn’t meant for them. A drunk driver t-boned their car, knocked it upside down, metal and plastic scraping and buckling and groaning as they met with the other car, with asphalt. The tires squealed as the impaired driver tried to stop, tried to stop too late.

How ironic, to run from one alcoholic only to be killed by another.

Dad stumbled toward Haley in a stained faded-blue bathrobe tied loosely around his expanding waistline, shaking hand braced against the wall for support. This was not Dad, not Dad, not at all the man who’d raised her. This man grunted, set an empty bottle on the counter, the counter she’d just cleaned, then glared at the fridge as though expecting another beer to magically appear in his hand. Magic meaning Haley.

She jumped to her feet and provided the man with his beer, even went so far as to unscrew the cap.

He leaned his head to the side, lips pressed in a thin line. “Did you say somethin’?”

“You think you’re better than me, don’t you? Better than this house, your sister, this life! But you’re not. You can’t even pass English.” Dad swiped the bottle from Haley, scratching a fingernail against her skin in a hasty attempt to be forceful, controlling, and continued on his tirade, “That’s right. Your teacher called, again. What’s wrong with you? You stay out late. Working. For what? You saving to escape? You want to buy a house like that whore of a mother of yours? You want to leave us too?”

“No.” Haley stared at her bare feet on the cold linoleum floors, afraid to meet Dad’s eyes. Looking at him only fueled the insatiable anger residing in his mind, the anger bubbling and waiting to erupt, waiting for a victim, waiting for Haley. The anger that would be there no matter what kind of grades she earned or what time she walked in the front door. “That’s not it. I’m sorry for being late.”

Bracing herself for impact, Haley took a deep breath and glanced up, barely holding back the hot tears stinging at her eyes. He didn’t just hate her. He wanted her dead. “Please, don’t be angry. Please.”

He dragged a hand through his greasy black hair and regarded her with unabashed hatred, eyes narrowed, lip curled up in a jagged sneer. “If your teacher calls again to voice his concern about your grades, I’ll ground you. No more job. No more daydreams about leaving us behind.”

He turned and swayed on the way back to his worn-out chair, saving Haley from his hand, his voice, any part of him that wanted to lash out further.

She quietly cried. Dad may not have hit her, but she’d expected him to, had prepared for it, and the relief that he didn’t flowed out in the form of tears. He couldn’t see how much he affected her. That would give him too much power.

To be continued tomorrow at Fantasy Book Addict.

Join us as we reveal the first chapter of Krystal Wade’s new edge-of-your-seat young adult thriller, CHARMING. Follow along and visit these sites to unlock a new section every day this week!

Krystal Wade is happily married to the love of her life (don’t gag) and raising three beautiful children in the gorgeous state of Virginia. They live just outside Washington, D.C., and every day she wakes up to find herself stuck in traffic trying to get there. When she’s not working, commuting, or chasing after her three children (four if you count the man), you can usually find Krystal outside talking to her chickens like they’re the cutest things in the world (they are), or training her amazing dogs how to herd said chickens (which they love), or curled up on the sofa with a good book (why can’t that be 100% of the time?). 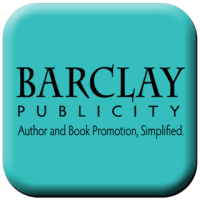