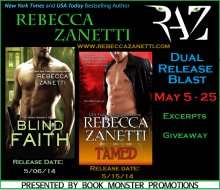 2 Giveaways
Entry via Rafflecopter below. 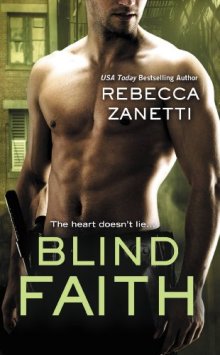 For Nate Dean, love is a four-letter word. As part of a secret black-ops military unit, he and his brothers were genetically engineered by the government to be ruthless soldiers with an expiration date. They were loyal only to one another . . . until Nate laid eyes on the woman who stole his heart and blew his world apart. Now, years later, his family is still paying the price for his mistake. But as time runs out, there's only one person who can save his family: the very woman Nate swore he'd never trust again.

The moment Audrey Madison spies Nate across a crowded ballroom, she can barely breathe. He's just as undeniably sexy as she remembers, yet there's an edge to him now that's as irresistible as it is dangerous. When he asks for her help, Audrey can't refuse. But she has secrets of her own--secrets that, if Nate ever discovers them, may cost them both their lives . . .

Nate studied her, wondering how their very different childhoods had somehow brought them to the same place once again.  “Why haven’t you slept with anybody but me?”  he asked, surprising himself.

Her head jerked up.  Vulnerability flashed across her delicate face to be quickly hidden as she slid her arms into the robe and belted it around her tiny waist. “I haven’t had a lot of time, with being blown up, operated on, and then trying to commit fraud on the US Government on behalf of your sworn enemy.”  Sarcastic humor lifted her top lip, but the lightness failed to reach her eyes or flash that devastating dimple.  “Sometimes a girl just has to prioritize.”

He’d loved her sense of humor.  This one?  Not so much.  Sarcasm and fatalism didn’t fit with the person deep inside Audrey, the one she’d shoved down to survive.  “I understand why you stayed to receive medical attention.”  The commander’s medical team and facilities beat any other in the world, without question.  If anybody could have saved her leg, it would’ve been them.  “But now it’s time to go.”  As much as the thought cut through him like a blade, he didn’t trust her enough to send her to his brothers in Montana.  But he could find her safety.  “Let me help you.”

“I don’t want your help.”  Her stance widened slightly as if they faced off under high noon.

Worse yet, absolute truth lived in every word.  The woman really didn’t want his help.  A surprising hurt compressed his lungs.  “Why are you still working with him?”  he breathed out.  Could her mother’s approval mean that much to her?  After everything?

Audrey lifted her chin.  “They saved my life and gave me a second chance.  It’s the only life I’ve truly known, and I’m doing some good with the senator.”

“Find another life,” Nate ground out.

“No.”  Regret filled her sigh.  “You’re the one who told me that our childhood shapes us.  I’m just doing what I can right now.”

He shook his head.  Why did he get the feeling she wasn’t telling him everything?  There was enough truth in her statement that he couldn’t find the lie, but a lie was there.  He was sure of it.  “I’m going to kill him, Aud.  Then I’m going to blow up every facility he owns and make sure they never function again.  You don’t want to be here for this.”

Awareness pursed her lips as she studied him. Her breath hitched as her chest lifted.  Those amazing eyes widened.  “Suicide mission?”

“Probably.”  Which was yet another reason the previous night had been a one-shot deal.  Chances were slim he’d survive the attack he planned after saving his brothers.

She nodded, regret twisting her lip.  “Hasn’t that always been your plan?”

“Yes.”  Except for the brief time she’d been his.  Then his plans had changed dramatically to a future with possible kids and even a fucking picket fence.  He’d known better, without a doubt.  A bullshit every-day life had never been for him.  He’d been created to kill, and through a lucky turn of fate had been given brothers to love—to protect and ultimately save.  They were happy, and once the chips were deactivated, they wouldn’t require his skill set any longer.

He wouldn’t be needed, and he needed them so very much.  Too much.

“Hmmm.”  Pain lived in her eyes, but no give existed in her jaw.  “I just realized—I can’t save you.”

That was the rub, now wasn’t it?  The life he’d been created for, the one he’d excelled at, was over.  Where exactly was he supposed to go? 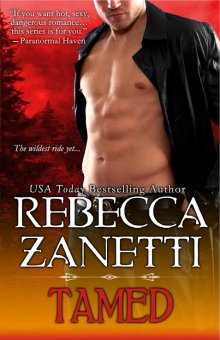 Caleb Donovan was never meant to be a prophet. At heart he’s a conqueror, his appetites far more carnal than spiritual. He’s not inclined to repress his passions and surrender to fate. After all, that’s what cost him Lily—three centuries ago. She married another, because it was ordained. Now that he’s in the same benighted calling—and forced into proximity with her—all the old desires are roaring back to life…

After widowhood and centuries of celibacy, Lily is eager to explore the wild side of life, except now she’s vulnerable to another forced relationship, with an enemy. But this time she’s determined to choose her own path. And if hot, furious Caleb comes charging to the rescue, it might just change both their destinies…

These contests are sponsored by a third parties. We are just posting their contest on Night Owl Reviews so our users know of the contest. Prizes are given away by the sponsors and not Night Owl Reviews. The sponsor is solely responsible for the contest prize and winner selection. Entrants might be entered into the NOR newsletter.

This tour is brought to you by two companies. The publisher and Book Monster Promotions.

USA Today Bestselling Author Rebecca Zanetti has worked as an art curator, Senate aide, lawyer, college professor, and a hearing examiner - only to culminate it all in stories about Alpha males and the women who claim them. She writes dark paranormals, romantic suspense, and sexy contemporary romances.

Growing up amid the glorious backdrops and winter wonderlands of the Pacific Northwest has given Rebecca fantastic scenery and adventures to weave into her stories. She resides in the wild north with her husband, children, and extended family who inspire her every day--or at the very least give her plenty of characters to write about.