Knowing the correct order and ratio can solve a lot of issues with a manuscript that readers complain about but authors may have a hard time interpreting. Here are a few ambiguous but common problems decoded into their meaning and solution:

1.“The story drags in the beginning.”

Solution: Cut material in the first part of the book until PP1 occurs between roughly 20-25% of the way through.

Meaning: Either the midpoint happens after the 50% mark, or the midpoint is not distinct enough to be recognizable for what it is, or both.

Solution: Move the midpoint to the 50% mark. Also, imagine the midpoint as a pole in the center of the tent of your story. If the pole isn’t tall enough, the tent will literally sag in the middle. Remember what the midpoint is supposed to accomplish—it’s the “no going back” moment—and punch it up so it’s crystal clear to the reader.

Meaning: PP2 happens after the 75% mark, pushing PP2, the climax, and the denoument too close together.

4.“There was a lot going on, but I still had a hard time caring.”

Meaning: There could be a lot of things causing this problem, including a lack of compelling conflict, unengaging characters, or murky motivations, but it could also be that PP1 happens too soon (as was the case in the baby-pact story I mentioned in Part 2).

Solution: Move PP1 out to the 25% mark. Remember that everything before PP1 is set-up to establish the characters, their world, and the stakes. It’s the foundation of the story, and if it’s not solid then the rest of the story crumbles. PP1 is NOT the inciting incident. In the baby-pact story, the inciting incident was when the woman decided to have a baby, which happened before the book even started and was told to the reader via an internal monologue. Because the author cut off this critical piece of background info in order to get to the action quicker—and in the process committed the cardinal sin of telling rather than showing—PP1 showed up before I had a chance to understand or care about anything that came next. The foundation for the rest of the story wasn’t there.

Of course, all these tips are contingent on your ability to correctly ID the ingredients of your story. If you’re not sure what they are, go back and read the first article in this series, Baking Literary Bread: The Basic Ingredients Every Story Must Have to Succeed. Or, try this exercise: summarize your entire story in one paragraph. That’s what we call in the ‘biz your “critical path.” Everything you don’t mention in this paragraph supports the story, while if you take anything out of the critical path then the story doesn’t exist.

You might be thinking that you don’t have to follow the rules. Writing is an art after all, and rules were made to be broken, right? It’s true that if you dig enough, you’ll probably find a successful exception. But keep in mind the baking metaphor: sure, occasionally you’ll chance across a master chef in a five-star restaurant who can punt out a beautiful loaf without using baking soda or flour. However, they can do so because they are master chefs. They have the rules down cold, are intimately familiar with each ingredient and its function, and have enough experience to know what will happen if they mess with the formula.

If you’re not a master writer yet, stick to the rules until you are. When you’re so popular that people will buy your stuff no matter what you write, then break them all you want! The author of the baby-pact story? …Let’s just say she’s probably got more zeros at the end of her bank account statement than I do, despite my criticisms. A loyal fan base will let you get away with pretty much anything, but that’s a lesson in successful marketing rather than quality writing.

Next Time: “You’ve Got a Lot of Words, But What’s the Point?”: Breaking Down What a Story Actually Is…And What It Isn’t 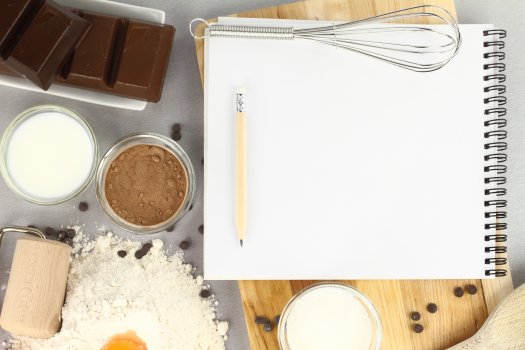