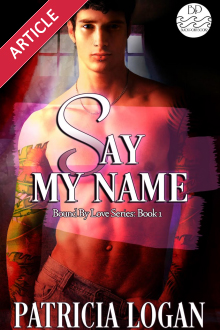 I have an author friend who has published over 200 books and another who has sold over 500,000 copies. Both of these ladies are committed to their craft and write full-time, making sure that each day they turn out a certain number of words they set for themselves and writing literally every single day. Both of them treat their careers as the professionals they are from the writing to the marketing to the editing to the covers and everything else it takes to get a book ready for release. I’m right there with them, though not as prolific as they are and I perform the same tasks. However, it has gotten more difficult with the advent of eBooks and the rampant and unchecked piracy. We authors have become the Napsters of the 21st Century.

When I began writing almost ten years ago and then got published almost 6 years ago, I was able to crank out an easy 5,000 words a day without exception. I was driven and hoping that at some point, I’d be published and then after I was, that I’d make a living at it. Well, I finally achieved both goals but things have gotten a little off track lately. I’m not really sure why or when, possibly because I leapt into another genre for a single book and then had a hard time coming back into focus. To be honest, I have to admit, it may be purely financial. Back then, it wasn’t uncommon for an eBook to be priced at $6.99.

Piracy and lower book prices are certainly contributors to some of my frustration. In the last two years, I’ve seen a disturbing trend of authors offering free reads (of novel-length books mind you) and really cheap reads ($2.99-$3.99) for a book which I know took them months to write. Unfortunately, these practices have become commonplace and hurt all authors and honestly, it’s really short-sighted. Yes, an author may clean up if they offer their 100,000 word book for $2.99 and can expect decent sales, but the consistent low pricing (and I’m talking Indy authors who set their own prices) kind of hurts us all which is never good.

In my opinion, lower prices mean that we must be forced to spend less time on our novels which make them shorter and shorter. I typically release a 60,000 word book at $3.99 now which is about 30% less book for 30% less money. I don’t know whether that makes readers more frustrated or less but all I can do is hope my readers will stand by me and still see the value there. If not, I’ll find myself out of business sooner than I hope.

All of the negatives aside, I still feel incredibly blessed to be able to do what I love to do and to hear from my readers about what they like about my books. I’ll continue to strive for excellence as best I can. It’s all I can do.

Thank you for letting me participate in the blog today :)

Dawson Thomas is a rent boy, a young man who goes out hoping to impress a man who’ll pay him to be a submissive for a kinky night together. One night he accompanies a friend to a BDSM club in New York. Raw Hide is a place where men gather to live out their fantasies and Dawson can’t believe his good luck when the owner invites him upstairs to be paid for a night of kink. When others whisper that the man is hideously deformed, calling him “The Monster”, Dawson remembers the cost of his tuition and puts aside his fears, accompanying the bodyguard to the man’s apartment.

Each night, Cole Chambliss paces in his rooms above Raw Hide, watching beautiful submissives give themselves to their Doms, just a few steps down the stairs. Cole longs for days past when he could go out in public… when no one would stare at him in horror. After paying a bitter price when fighting for his country, Cole knows his days of walking among whole men are gone forever... that is until one night he takes a risk that terrifies him. The stunning submissive who’s caught his eye is something extraordinary and Cole decides he must chance everything for one last shot at happiness.

One dark night, one desperate risk, and one horrifying request later, Cole hears the words he’s feared since his return from the war. “Say my name, Sir… please just… say my name…”

International bestselling author Patricia Logan, resides in Los Angeles, California. The author of several #1 bestselling erotic romances in English, Italian, French, and Spanish lives in a small house with a large family. When she’s not writing her next thriller romance, she’s watching her grandchildren grow up way too soon, and raising kids who make her proud every day. One of her favorite tasks is coaxing nose kisses from cats who insist on flopping on her keyboard while she types. Married to a wonderful gentleman for 30 years, she counts herself lucky to be surrounded by people who love her and give her stories to tell every day.

Become a fan of Patricia at http://authorpatricialogan.com Email her at patricialogan.author@yahoo.com. She loves to hear from readers more than anything and will respond to all emails.