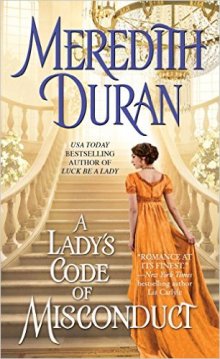 I know a lot of writers who work in coffee shops. I’ve always thought it would be lovely to work in a public place – not only would you have the chance to overhear interesting conversations, you’d also have a reason to brush your hair and put on shoes.

Alas, I find it easier to concentrate when I’m alone, so I work mostly from home. A small room off the kitchen serves as my office. My desk takes up three-quarters of the space—it’s a giant Ikea Jerker that I found on Craigslist back in 2006. Best $40 I ever spent! The desk is sturdy enough to jump on, and wide enough to hold all my clutter, which accumulates rapidly when I’m on a deadline.

Right now, I’ve just started my next book. The deadline seems luxuriously distant—and as a consequence, the desk is bare. (By this time in April, it will be covered in Post-It notes, research books, water bottles and teacups and packs of chewing gum, and approximately 5,000 tins of lip balm, each purchased to replace the one that I most recently lost under stacks of printed drafts.)

You can tell I’m still in the drafting stage because my Alphasmart is front and center. I write all my first drafts on this lightweight word processor (700 hours of computing on three AA batteries – and no internet connection). I edit and revise on my laptop. Since I’m in the early stages, only two reference books are at hand: the Oxford Dictionary of English Surnames, and a guide to nineteenth-century English fashions. Behind me, not pictured, are two bookshelves of other research books.

The little blue Care Bear is Wish Bear. I used to carry him to the library with me back in elementary school. He’s my personal patronus of good books!

The large laminated picture on the wall, I ripped out of a Vanity Fair back in college. It shows Maria Callas on the night of her triumphant first performance at the Metropolitan Opera. I’ve never seen another photograph that so vividly captures the joy of a lifelong dream come true. I still find it powerfully inspiring.

Also taped to the wall are three postcards. The two on the left depict Sargent paintings that I saw at the Metropolitan Museum of Art during the last RWA conference in New York. The third, on the right, is a painting of Barbara Villiers, King Charles II’s very saucy mistress, which I purchased during a visit to Hampton Court in 2012.

The photographs taped to the desk’s top shelf feature my husband and my BFF/sister, also known as YA novelist S.J. Kincaid. And I also see that I’ve got a recipe taped up there – oops, I’d been meaning to try that and forgot about it! I guess I know what I’m doing tonight!

A Lady's Code of Misconduct - Rules for the Reckless, #5

A DEAL WITH THE DEVIL...

Trapped in the countryside, facing an unwanted marriage and the theft of her fortune, Jane Mason is done behaving nicely. To win her freedom, she’ll strike a deal with the most dangerous man she knows—a rising star in politics, whose dark good looks mask an even darker heart.

The bitter past has taught Crispin Burke to trust no one. He’ll gladly help a lovely young heiress, provided she pays a price. Yet when a single mistake shatters his life, it is Jane who holds the key to his salvation. And in a world that no longer makes sense, Crispin slowly realizes that she may be the only thing worth fighting for...

MEREDITH DURAN blames Anne Boleyn for sparking her lifelong obsession with British history. She is the author of eleven novels, all published by Pocket Books. Her debut, The Duke of Shadows, has been translated into thirteen languages and together with her sophomore book, Bound by Your Touch, was ranked among the top 100 romances of all time in the 2010 All About Romance poll. Her other books include RITA award winner Fool Me Twice; Wicked Becomes You, which was included on Woman's World list of Best Beach Reads for Summer 2010; and her February 2017 release, A Lady's Code of Misconduct, which received a starred review from Kirkus: "This book weaves its spell so thoroughly that the most fortunate reader will be the one who has time to read the entire thing in one sitting."