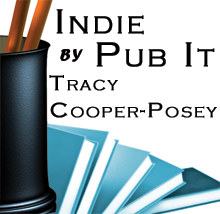 Check the intro post from last month for more on this idea, and last month’s suggested task, Backlist Maintenance, if you haven’t seen it already.

If you write series, then you can make 2015 the year you finish one or two series, and strengthen the pipeline for all your series.

The Huffington Post reported in December last year that the top 25 ebooks for that week “showcase the persisting power of the series. Publishing books in series is a tactic as old as publishing itself, but the approach remains effective in the digital era, too.” [link]

If you’ve never thought of a series as a sales pipeline before, now is the time to adopt the sales principle.

A sales pipeline (I’ve also seen it called a funnel) is a simple principle:  Some sort of discount or special, or loss-leader (where the company actually loses money on the sale) draws new customers in.  Traditionally, these door crashers were designed just to get customers into the store.

When it comes to your book series, the idea is simply to get the reader to read the first book in the series.

There’s a number of ways to make that happen:  Discounts, sales, giveaways, offer the book free (a true loss-leader), samples and other marketing efforts.

Once the reader reads your first book, they will hopefully be thrilled by your story-telling and want to read the next book as soon as possible.  In this era of binge-TV-series-watching, it’s pretty much a given that if you’ve hooked them with the first book, they’ll want the second now.

The very next page after The End is where you provide the link to the next book in the series.  The link should be live, and take the reader directly to the same retail site where they bought the first book, and to the buy page for the second book.  Don’t make the reader work to get to the second book, because the majority of readers won’t do the work.  They’ll figure they’ll find the link later…and they’ll never come back to it.

So ensure the link to your second book is prominent and correct and live.

The second book, of course, has a link to the third book.  The third book leads the reader to the fourth…and so on down the pipeline.

Once a reader is hooked, they follow the pipe all the way to the end.

Of course, this means building unique files for every retail platform you use.  The link at the back of the copy someone buys from Amazon should lead them to the second book on Amazon.  The copy your reader bought from Kobo should have a unique link to the second book on Kobo.  And so on.

This may sound like a lot of extra work, but it is absolutely worth the time and effort.

Also extra effort:  When you bring a new book out in the series, the previous book should also be edited and re-uploaded on all platforms, with a link to the new book at the back end.  Extra effort, and bigger pay-off.

If you’re not already writing series, make 2015 your year for building one or two of them, and benefit from the “up-sell” factor that comes from hooking readers into a series of books they just have to finish reading.

If the next book isn’t written yet, then lead the reader to your new book announcement list where they can be informed when it’s available.  Don’t leave the reader wondering if there is a next book at all – tell them! 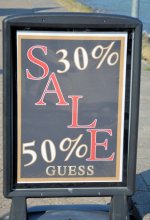 Also for these last (for now) books in series, you can lead the reader to another series by you, that is the same general genre, or similar in some other way, and indicate what that similarity is, to hook the reader over to the new series.  Provide a link, of course, to the new series buy page.

You have to work a little harder to sell them on a completely different series.  Explaining what is the same in the new series will help the reader jump.  Is the other series set in the same country?  The same decade?  Does it feature a war vet hero like this one?  Is it an epic fantasy, too?  Find the common denominator and sell the series to the reader using that hook.   The reader is already feeling kindly toward you as they’ve just finished the series, and will listen closely to what you say for the next little while.  Use the opportunity this gives you to let them know about the new series.

The series information includes the title for the series, the titles for each book in the series, in the correct reading order, and numbered.  You might also want to provide availability information, if you are listing book titles that aren’t completed yet.  Even “available soon” helps the reader figure out what they’re going to read next.

Take the time to ensure your sales pipelines are all in place and working.  You absolutely will see a pick up in sales once you’ve established your pipelines properly.