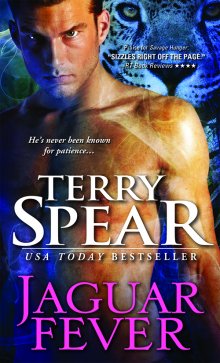 We have awesome author Terry Spear here today. We have been following Terry's career from the beginning, starting with her wolves and now with her Jaguar's.

In Savage Hunger, the first book in the Heart of the Jaguar series, I wanted to show an isolated brother and sister who were jaguar shifters who had stuck together and had either dealt with humans in their garden shop business, or visited the Amazon and Belize in their wilder jaguar state. They hadn't met other jaguar shifters because they're elusive like their jaguar cousins, though the sister was always on the lookout for a potential mate. In Jaguar Fever, the brother and sister learn they have cousins who are part of a secret jaguar policing force and their mission is to keep jaguar shifters in line but also protect their distant cousin big cats that are all jaguar.

So in the excerpt, the brothers, David and Wade Patterson, are part of a JAG Special Forces group called the Golden Claws, and they are at a jaguar shifter club looking for men involved in smuggling jaguars into the country. But what they run into instead is one wild she-cat, Maya Anderson, in the flesh. Wade has already met her, and hasn't been able to quit thinking about her since the last time he saw her.
Jaguar Fever:

“David, if you’re going to be my partner in this, pay attention.” Wade Patterson glared at his twin brother as they sipped beers in the noisy Houston club—a shifters’ club where humans, who didn’t know any better, mingled with jaguar shifters.

South American jungle music rocked the building, and colorful lights roamed over the silk ferns and plastic banana plants. Vines cascaded from the ceiling and along walls painted with jungle scenes. Cat-print vinyl covered all the seats. Tiny lights simulating stars dotted the black ceiling. On stages above the dance floor, a couple of scantily clad women in leopard-print thongs and feathers dangling over their nipples danced around vine-painted poles. A man wearing a leopard-print loincloth was dancing nearby on another pole.

“I am looking for the guys who could be involved in this, okay? Just because a stray cat catches my attention…” David shrugged. “Don’t tell me your eye doesn’t wander to take in every cute brunette in this place.” 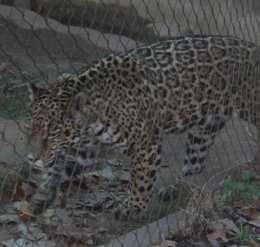 Wade hated that David could see right through him. “For your information, I’m not just looking at the brunettes.”

Every blonde who looked even remotely similar to Maya Anderson made Wade take an extra look. He told himself that it was because the Andersons were the only shifters in the vicinity that he knew and they might end up there tonight. The rest of the sea of people dancing or drinking were unfamiliar to him. David gave him a skeptical look.

Wade took another swig of beer. “Drop it.”

David nodded, then smiled at a pretty redheaded human. She smiled back but joined a dark-haired guy at another table. The man glowered at David as if he were ready to expose claws and teeth.

“The last human male you dealt with over a woman shot you.” Wade reminded David often because he’d come so close to losing his brother that day. He didn’t ever want to deal with those kinds of emotions again. Shifters had fast healing properties, but they could bleed out too fast, and then they were as dead as any human might be, suffering from the same trauma.

Wade turned to see who he was drooling over this time.

Holy hell was right. She was a wild cat: Maya Anderson in the flesh. Wade looked beyond her, expecting Kathleen and Connor Anderson to be with her, but she was by herself. What was she doing here alone?

What would you think if you went for a night out on the town and ended up in a jaguar shifter club? If you were human? If you were a she-cat? And be sure to read the rest of Maya’s story in Jaguar Fever, out this month!

She's being pursued by everyone, in more ways than one.

Even in an exotic world of humans, jaguars, and tantalizing creatures who shift between the two, Maya Anderson stands out from the crowd. Interest from human suitors is bad enough, but when male shifters give chase, the real trouble starts.

Who's the hunter and who's the prey?

Investigating the black marketing trade of exotic animals keeps Wade Patterson more than busy. When he and Maya both get entangled in a steamy jungle mission, it becomes impossible to tell who is being hunted or who the hunters are. Wade is desperate to survive this deadly game of cat and mouse. But it's Maya's piercing eyes that keep him awake at night.

USA Today bestselling author Terry Spear has written over fifty paranormal romance novels and medieval Highland historical romances. In 2008Heart of the Wolf was named a Publishers Weekly Best Book of the Year. A retired officer of the U.S. Army Reserves, Terry also creates award-winning teddy bears that have found homes all over the world. She lives in Crawford, Texas. For more information, please visitwww.TerrySpear.com, follow her on Twitter, @TerrySpear, and like her on Facebook, https://www.facebook.com/terry.spear.