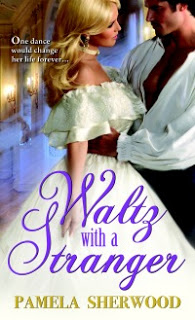 Pamela Sherwood - When I Dance

Enter to win a Print copy of Waltz with a Stranger!

***
It Only Happens When I Dance With You
by Pamela Sherwood

Dance in the old-fashioned way. Won’t you stay in my arms?
--Charles Aznavour, The Old-Fashioned Way

I was eight or nine when we went to the movies that night--my parents, my sister, and I. A small local theater showing a double feature of “Swing Time” and “Top Hat.” My first exposure to the famous dance team of Fred Astaire and Ginger Rogers--and my first experience of dance as an expression of powerful emotions. Desire, longing, and impending loss resonated through the couple’s climactic number “Never Gonna Dance.” I sat spellbound as Lucky and Penny twirled up twin staircases towards each other, only to break away at last, clearly devastated by their parting.

This being a Hollywood musical, a happy ending did turn out to be in the cards and the lovers were reunited. A quick intermission, and onto the next feature, during which, alas, I fell asleep, though not before enjoying another Astaire-Rogers number, “Cheek to Cheek.”

Over the years, I saw countless musicals, many of which blew me away with romantic and sensual dance sequences. While it’s hard to choose my all-time favorite, here are five that I found especially compelling.

1. Swing Time (1936): It’s tempting to nominate Astaire & Rogers’ entire body of work, but I have to go for “Never Gonna Dance,” because you never forget your first. The bittersweet emotions they convey, the complex choreography they execute with such seeming ease and grace, the set design, with the polished black floor and the spiraling twin staircases. It took forty-seven takes to shoot this routine before the perfectionist Astaire was fully satisfied with it, and Rogers’ feet were bruised and bleeding by the end. Trouper that she is, the effort never shows.

2. The Band Wagon (1953): In “Dancing in the Dark,” high-strung ballerina Gabrielle Gerard (Cyd Charisse) and jaded Hollywood hoofer Tony Hunter (Fred Astaire) find a way to mesh their disparate styles as they dance alone in Central Park. The synchronicity and the budding attraction between them are breathtaking to watch. No words are spoken as they glide and sway together, finding each other’s strengths and anticipating each other’s moves. And no words are needed: these are two people who think in dance.

3. The King and I (1956): In “Shall We Dance?” a friendly dance lesson between Anna (Deborah Kerr) and the King of Siam (Yul Brynner) turns electric when he insists they adopt the more intimate position he saw her assume while dancing with a good friend. The air almost crackles when the king places a hand at Anna’s waist, takes her other hand, and they launch into a spirited polka that covers the whole ballroom floor. I wanted to jump up and dance myself instead of just watching, and oh, how I envied Anna’s gorgeous lavender ball gown with its extravagant poufy skirt! (This was before I knew about crinolines, and how cumbersome they must be to dance in.)

4. Strictly Ballroom (1992): I lapped up all the dance scenes between rising ballroom dance star Scott (Paul Mercurio) and shy beginner Fran (Tara Morice), but my favorite remains the extended “Time After Time” montage in which Scott alternates between auditioning new partners and teaching Fran privately, one on one. Initially blotchy, bespectacled, and awkward, Fran grows in attractiveness, grace, and confidence as the lessons continue, whether in the studio or on the roof. By the end, she has metamorphosed into an unconventional beauty and a worthy partner for the reluctantly smitten Scott.

5. The Slipper and the Rose (1976): This lavish adaptation of Cinderella appeals to the part of me that can still get swept away by fairy tales. The meeting between Cinderella (Gemma Craven) and Prince Edward (Richard Chamberlain) at the ball is everything it should be: a heart-stopping, love-at-first-sight moment, followed by a stunning, old-fashioned waltz. Every step, glide, and turn is meticulously executed by the lovers, and as other couples whirl around them on the floor, they slow down until they are almost at a standstill, gazing into each other’s eyes. Bryan Forbes, the director, admits that this scene can still make him “misty,” even though he’s watched it many times. He’s not the only one who remains under its spell.

I like to think I captured some of that romance, that sense of breathless anticipation, from my favorite dance scenes in my debut novel, Waltz with a Stranger.

Take a shy young woman, relegated to wallflower status because of her scar, her limp, and her own crippling sense of inferiority.

Add a handsome, dashing, but also kindhearted stranger intent on drawing her out of her shell.

Mix in music and moonlight, and let the magic begin with a single question: “May I have this dance?”

Thank you, Night Owl Romance, for hosting me today!

BLURB / WALTZ WITH A STRANGER

Crippled after a riding accident, Aurelia Newbold shuns Society—until a dashing stranger draws her into a secret waltz and changes her life forever. After a year abroad, she returns home and discovers that the one man she's been dreaming of is engaged to her beloved twin sister.

James Trelawney is not prepared for the vibrant woman who returns to London in the place of the wounded girl he took pity on—or his growing need for her. But forbidden love is not the only danger...a chilling secret reaches out from beyond the grave, threatening both Trelawney and the woman he loves. 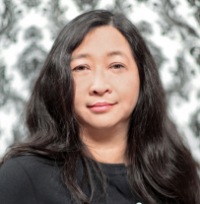 Pamela Sherwood grew up in a family of teachers and taught college-level literature and writing courses for several years before turning to writing full time. She holds a doctorate in English literature, specializing in the Romantic and Victorian periods, eras that continue to fascinate her and provide her with countless opportunities for virtual time travel. She lives in Southern California and is currently at work on her second novel.